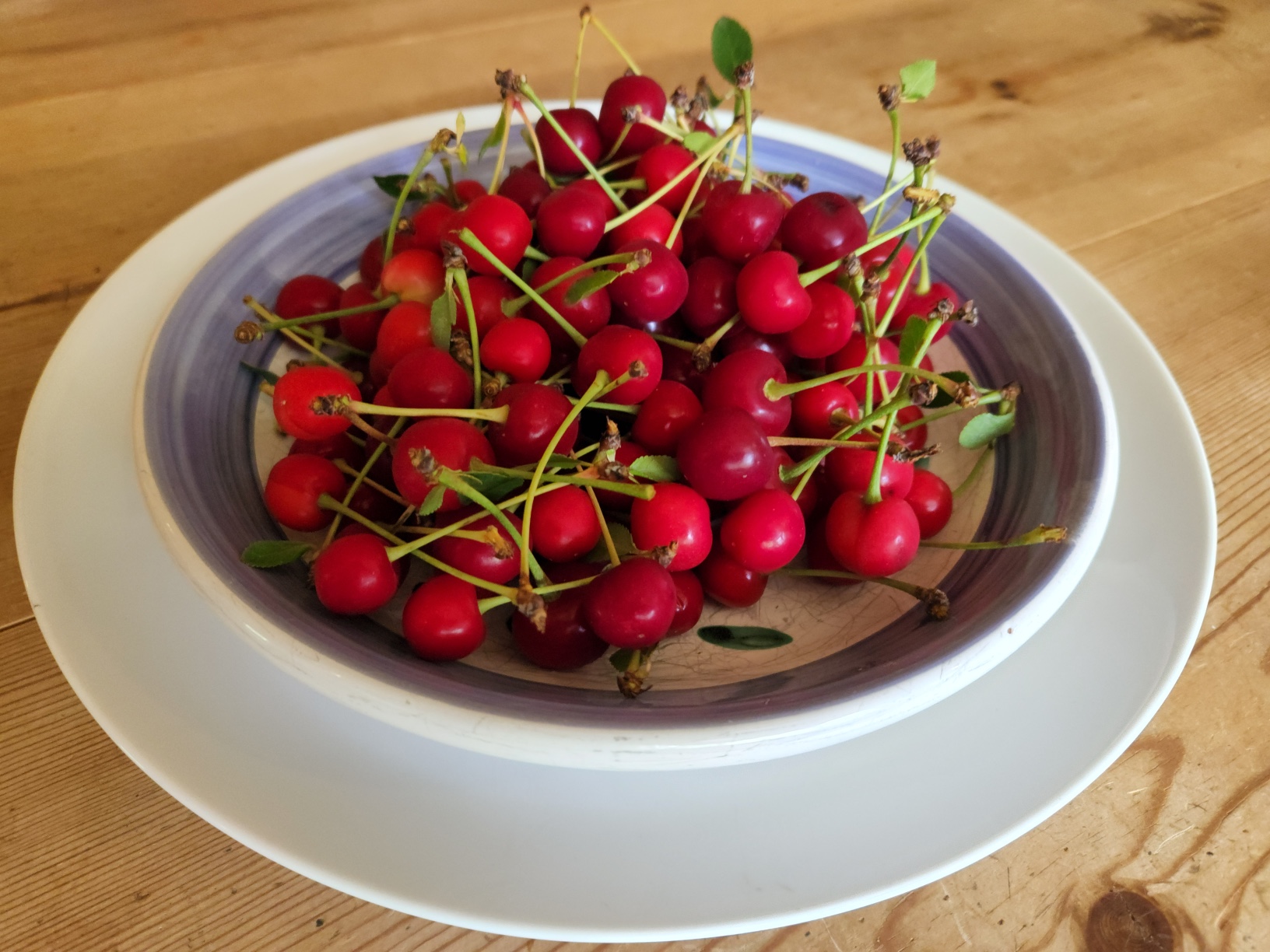 Here in the States, most soups – commonly chicken noodle, tomato and beef and barley – are reserved for chilly nights in, when we all need something to warm us from within during harsh winters. However, in many European cultures, soups are much more than December dishes – they’re year-round main meals that are fitting for anywhere from nine to 90 degrees.

That’s not to say that anyone is serving hot, hearty soups in the peak of summer. Instead, Central Europeans, such as those from Hungary, Austria and Poland, opt for refreshing and chilled soups like cherry soup.

This Saturday at our farm at Mount Salem Vineyards, we’ll serve just that with locally-grown sour cherries made by the Bonacorsi Family at their fruit farm near Quakertown on Route 579. The soup also includes sugar, confectioner’s sugar, sour cream, flour and salt.

Soup in the summertime

Sound sweet? That’s because it is – as well as perfect for summertime. Like liquefied cherry ice cream, more than a few people have told us that cherry soup would make for a fitting dessert.

However, in Central European countries during the height of summer heat, cherry soup is the perfect main meal. To Americans, it may seem odd, but in Central European cuisine, cherries – which are common in the region – also make their way into other dishes, such as dumplings (otherwise known as pierogi in Poland and knoedl in Austria/Germany) and are served with heavy cream.

Many Central Europeans headed to the United States between 1880 and 1920 to escape increasingly rickety empires of Austria-Hungary, Germany and Russia, all of which collapsed in the early 20th century and then were war zones from 1914 – 1920. They settled in New Jersey, especially cities such as Trenton upwards, in search of better lives, as well as work.

Read more: Mount Salem Kitchen Is Showcasing 400 Years of Food And Immigration At Our Farm

We’ve learned this firsthand as many of our visitors have said something like, “My mother used to make this when I was a kid and I haven’t had it since then.” So, we’re glad to bring a few buried memories of the taste buds to our neighbors who once hailed from across the pond.