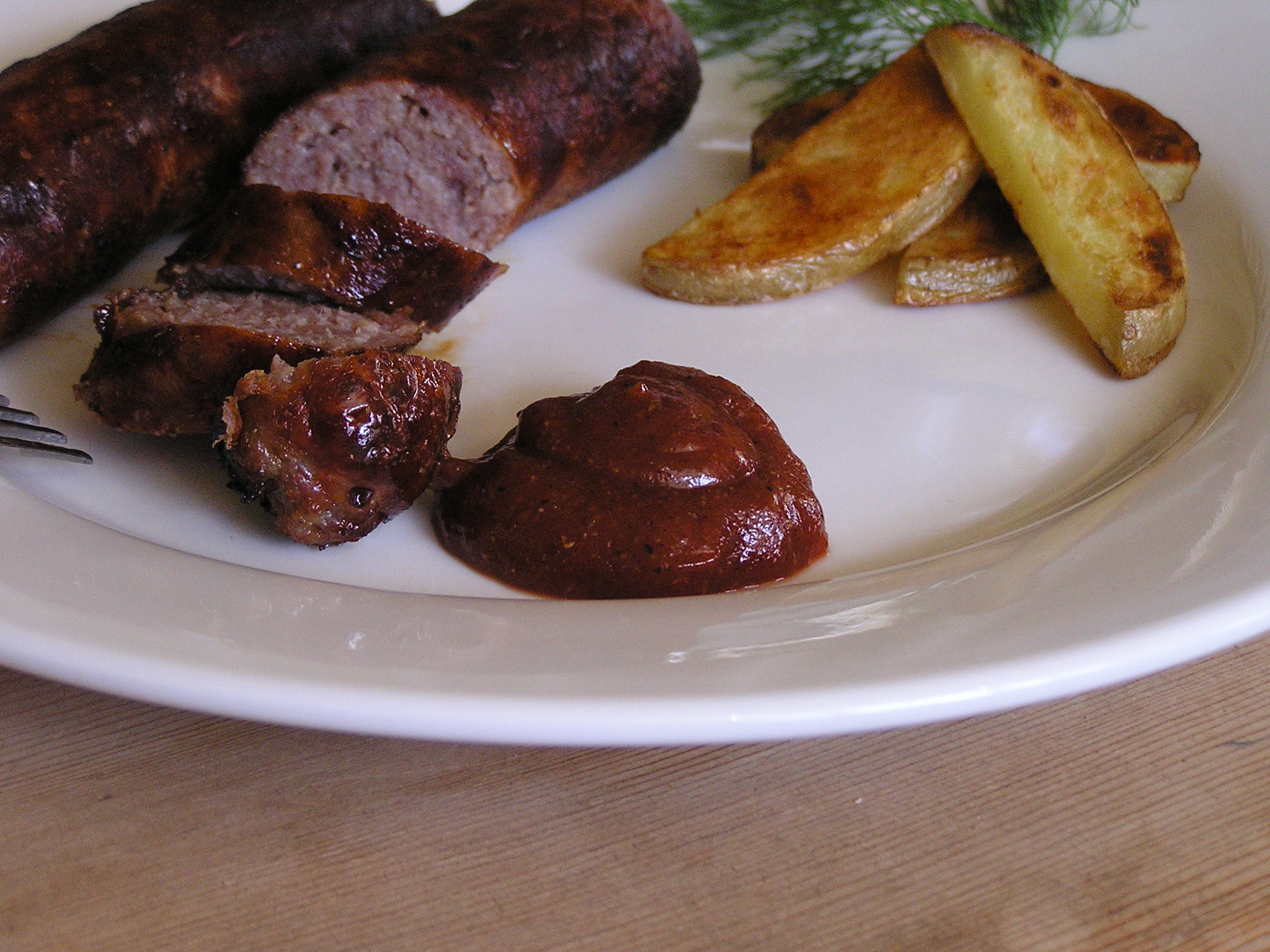 As a Hunterdon County company focusing on Central European food products, we’re well-acquainted with the challenge of introducing Americans to specialties from across the pond. However, since we began offering our own Gewurz – a tomato ketchup seasoned like the finest of curries – five years ago, we’ve stumbled upon a group of Americans who are already familiar with Gewurz for one special reason.

For Americans who served in the U.S. Army and U.S. Air Force and were stationed in Germany following World War II through the present, Gewurz has been a distant memory on their palettes for generations. That’s because they got to know the ultimate Berlin street food known as Currywurst, which is grilled sausage and roasted potatoes slathered in Gewürz sauce, enjoyed all day long, but especially late at night after carousing the city.

A tasty bite of nostalgia

Gewurz, which literally translates to “spice” in German, may not have been a fixture for these Americans once they returned to the States, but upon their discovery of it either at our farm, our website or our Etsy store, it triggers instant waves of nostalgia for servicemen and their family members. It’s a phenomenon that we’ve come across again and again.

It’s one that spurs excitement, disbelief, or both. One woman wrote to us that it reminded her of the several times she visited her brother when he was stationed in Germany. She said it brought tears to her eyes.

Read more: The Spicy Story Behind Our Gewürz Sauce

To them, our Gewurz is a touch of home, but with a Germanic twist, like getting a hot dog on a New York street corner, no doubt slathered with onions (that are simmering in a spicy, ketchup-like sauce) but different, in the sense that it was a signature part of their German experience.

And even better? They always tell us that our Gewurz is just as excellent, if not better, than what they remember.

It triggers overseas memories for us, too

Our own Gewurz story is one of nostalgia from overseas travels, too. Our founder, Peter Leitner, traveled to Germany in the late ‘80s and was quickly hooked on Curry Wurst. As a New Jersey native, he completely understood the need for bold flavors right off the grill – typically at a diner – at the end of a long night on the town.

About two years later, he was traveling across Rajasthan in Northern India where he found a mixture of ground spices that were added to a long-simmered pot just before serving it.  This created a spicy flavor profile, minus the heat, which instantly reminded Peter of the Gewurz atop the Curry Wurst he had loved so much. Instantly wowed, Peter noted the recipe.

Read more: Creating Your Own Charcuterie Board? Here’s Where To Get Meats, Cheeses and More

Fast forward to 2015 – 25 years later – he knew that the culinary team at Mount Salem Kitchen could do better than the ubiquitous Gewürz sauces that were on the market, so they began to experiment with the North Indian spice mix and ketchup recipes and – viola – their Gewürz was born.

Want to try our Gewurz for yourself? Purchase on our website by clicking here or visit us at our farm at 54 Mount Salem Road, Pittstown.