Home / Blog / The Spicy Story Behind Our Gewürz Sauce 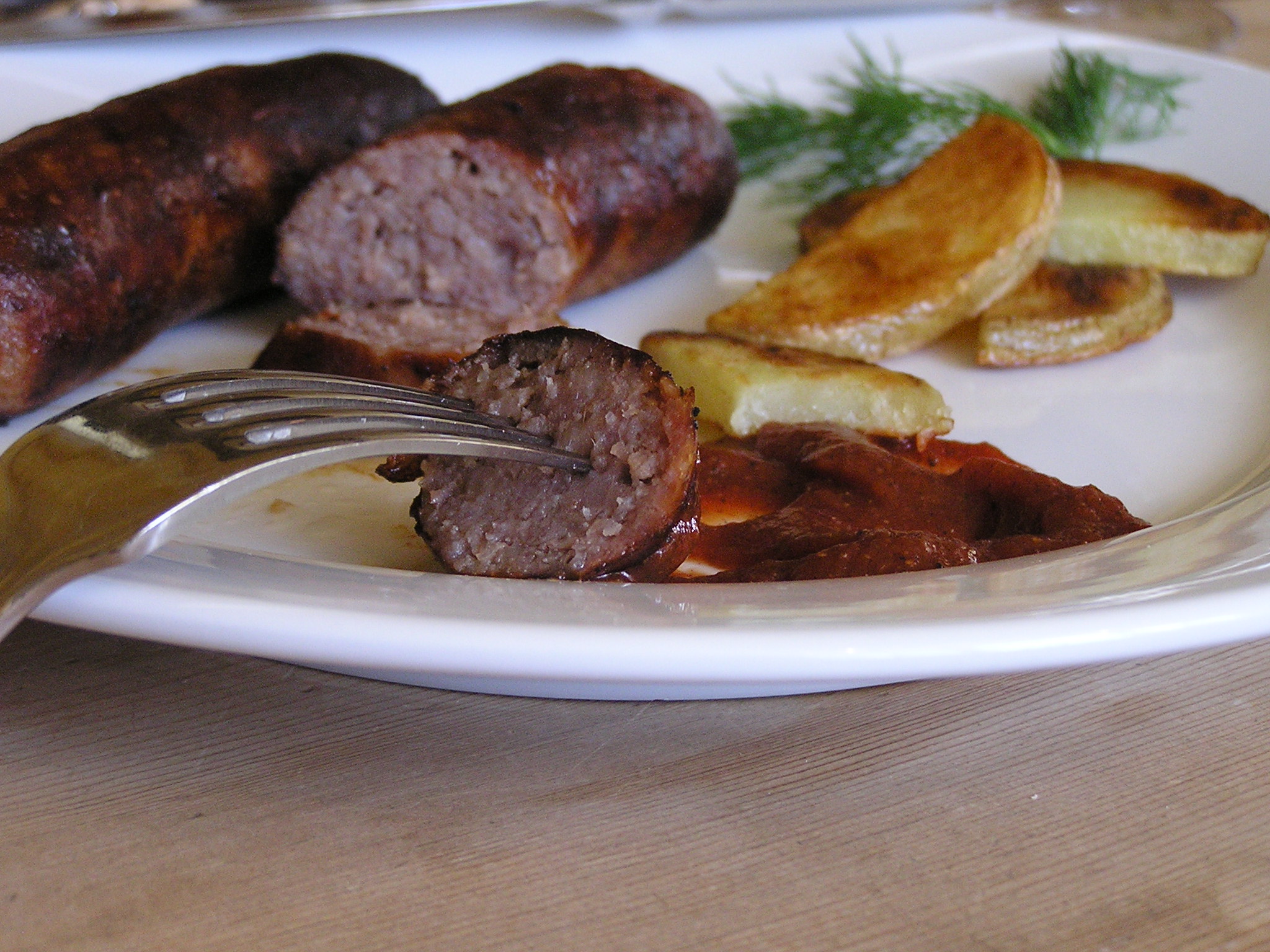 The Spicy Story Behind Our Gewürz Sauce

Curry Würst – which is grilled sausage and roasted potatoes, slathered in Gewürz sauce – may be a simple Austrian and German street food, but to us, it tells a rich (and delicious) story.

Historically, goods – including spices – traveled from Asia to Europe through modern-day Vienna, sometimes creating an unexpected combination of Eastern and Western flavors in fare. Curry Würst, with its accompanying Gewürz (which means ‘spice’ in German) is a perfect example of this.

Gewürz is a tomato ketchup seasoned like the finest of curries: it is not hot, but exotically flavored. Before I ever took a bite out of Curry Würst, however, I found the spices that would one day become the basis of the Mount Salem Kitchen Gewurz.

Finishing graduate school in the middle of a recession, I did what any unencumbered person should do: I bought an around-the-world plane ticket, packed a bag and went east.

One of my stops was Northern India, and it was in the city of Jaipur that I tasted this combination of spices. Most curries I’d had were hot; I loved them, but there was always heat. A dish I had in Jaipur had this amazing flavor profile, but without the heat.

I learned that the spices were added just before the dish finished cooking, rather than at the start.  So, it was spicy but not hot. Wow! I made a mental note and copied down the recipe from a cookbook there.

Ten years later, I found myself in Austria and tried my first Curry Würst. The sauce they slathered on the sausage and potatoes – Gewürz, I soon learned – reminded me of something… Jaipur. And I got it: Northern Indian spices in Austrian street food, of course!

Ten years after that, I found Gewürz on the shelf of a German market on the Upper East Side, bought it, tried it and I immediately thought, “We can do better than this.”

And so we did, but by using the Jaipur recipe in the ketchup we produced, it was far better than any Gewürz I tried before.

Since we use higher-quality ingredients than others producers, our Gewürz isn’t only great for Curry Würst – it’s an excellent ingredient for many other dishes, without being overly sweet and sticky.

However, our Gewürz is unique only in that it is authentic. So often, Westerners – Austrians and Americans included – attempt to make something but we change it to suit our existing tastes, or what we grew up thinking something should taste like.  Our Gewürz is made with a genuine North Indian spice blend, making it spicy but not hot. It’s the real deal.

Want to try our Gewürz for yourself? Click here.