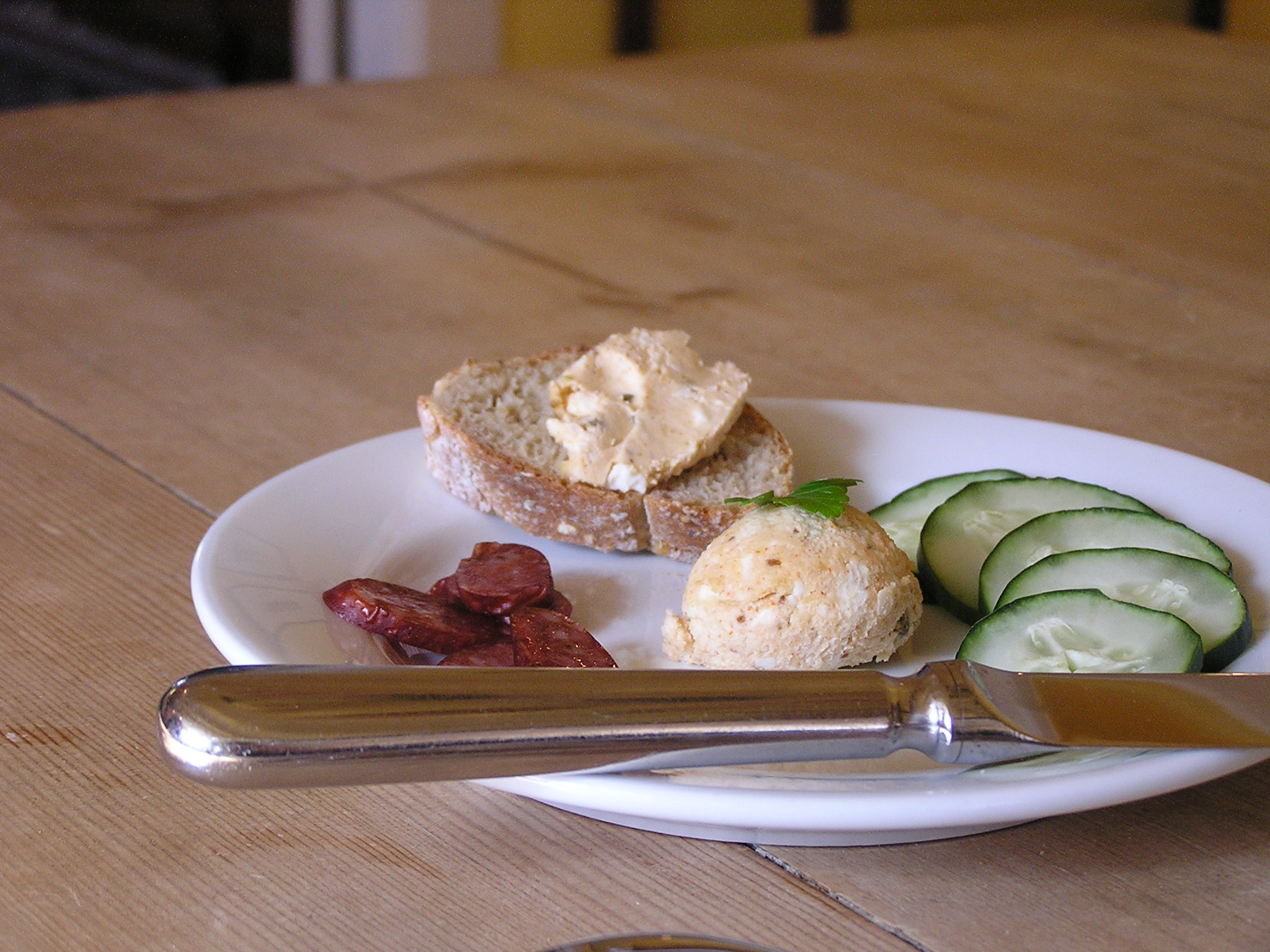 How Liptauer Became the Foundation of Mount Salem Kitchen

After a decade of pleas from Mount Salem Vineyards customers for us to sell our family Liptauer, a spreadable cheese very popular in households, restaurants and wine bars throughout Central Europe, where most families have their own recipe, we finally began jarring it up and arranging it for sale on our shelves.

But never did we expect that it would become the foundation of Mount Salem Kitchen, our Central European-inspired food company.

Our number one seller

As the years passed, though, and Liptauer started spreading to Hunterdon County gourmet shops, it was clear – our Liptauer, made only with a few seasonings, butter and cheese, was a Mount Salem Kitchen sensation.

Of all of our products, it’s the number-one seller. To anyone that’s ever had it, that’s not surprising.

It may be uncommon, but its taste is easily remembered – even if the name always isn’t. There have been many times when a winery visitor from years ago comes back and says, “Hey, do you still have that amazing cheese spread – and can I get it to-go?”

Served at Mount Salem Kitchen since 2005 but only officially packaged and sold here since 2015, it’s our oldest product, and one that has gained a dedicated following.

Even if its customers had never had it before, once they tried it – on a piece of fresh bread or maybe atop a cucumber slice – they were hooked. The fact it’s locally produced and connected to our farm winery certainly doesn’t hurt either, and our customers make it a priority to keep it in stock in their kitchens.

To us, that’s worth much more than another dollar in the register. That’s because more than any of our other food products, Liptauer reflects our Central European food and wine experience, given its flavor profile that’s immediately recognizable to anyone in the countries that were part of the Austro-Hungarian empire. And that’s really what we’re all about: the common threads among them all.

Purchase our Liptauer by visiting us at 54 Mount Salem Road, Pittstown or shop online here.