Home / Blog / A Liptauer Recipe Born In Our Grandparents’ Kitchen 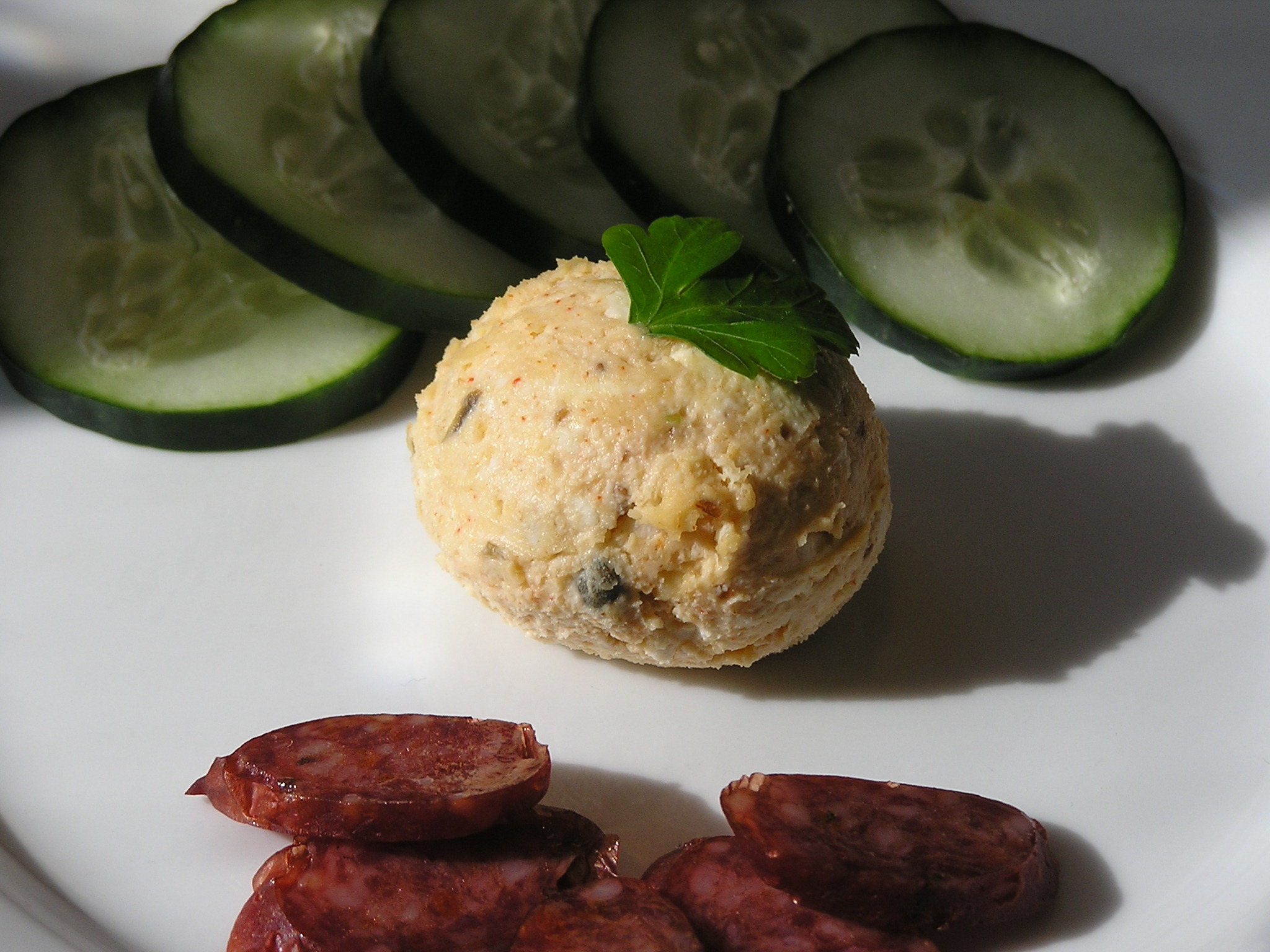 A Liptauer Recipe Born In Our Grandparents’ Kitchen

Liptauer, which is a cheese spread made simply from two cheeses, butter and seasonings, is to an Austrian like tomato sauce is to an Italian – they’re all similar, but each family’s recipe is self-deemed to be “the best” and known as a state secret.

My own family was no different. My grandparents, whose parents emigrated from Austria and settled in New Jersey, always had Central European aromas ruminating through their kitchen. It was only later, as I begun to travel and explore my heritage while visiting various restaurants and beer halls, that I realized what that aroma was – flavors of authentic cuisine which is exemplified by their family Liptauer.

When our winery, Mount Salem Vineyards, began offering Central European foods to complement our Austrian wines, Liptauer was one of our staples – it was easy for us to make, unique, and tastes great with a crisp, dry glass of Riesling.

Soon, we noticed a pattern. Again and again we heard, “You know, your wine is very good, but that cheese spread is awesome!  Can we buy some?” So, we started jarring it and selling it at the winery, then at farmers’ markets, then at select retail shops, and now online at MountSalemKitchen.com.

No two Liptauers are the same, and ours is ours. Actually, urban legend has it that there are so many ways to make Liptauer that many restaurants won’t prepare it, but instead place many of the most common ingredients on a platter so the guests can blend their own right at the table.

We love nothing more than to have someone say that our Liptauer is “almost as good as my mother’s.” So how does it stack up to yours? Give it a try by clicking here and let us know.