Home / Blog / Strudel, an Austrian and German Staple, Is Being Served At Our Farm This Weekend 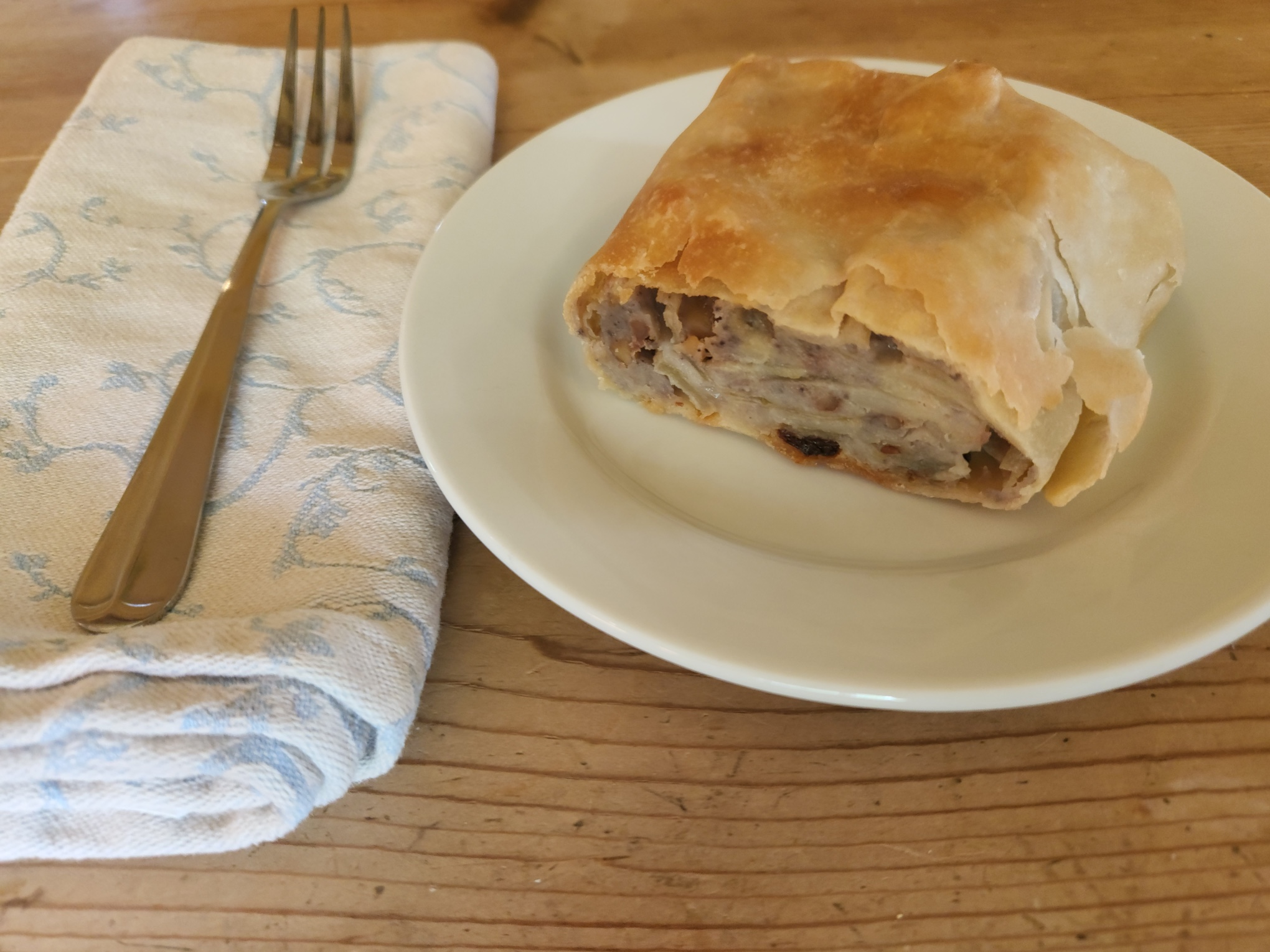 Strudel, an Austrian and German Staple, Is Being Served At Our Farm This Weekend

Forget a Starbucks latte and a warmed-up scone. In Viennese café culture, a fine cup of coffee and a pastry filled with anything from apple to apricot is almost a requirement to start the day.

Those filled pastries, which can be found throughout Central Europe but are staples of Austria and Germany, are known as strudel. And although they may appear simple, they’re anything but.

That’s because in order to make “real” strudel, dough must be rolled so thin that it’s basically translucent – and likely covers the kitchen table. Then, a filling, which can be fruit to create a dessert or something savory like meat or fish to create a main dish, is placed atop before the entire concoction is rolled up with sealed ends. Once a fruit-filled strudel is baked, it’s covered with confectioner’s sugar and a dollop of whipped cream.

Strudel is so iconic in Central European cuisine that our friend Ingrid, an Austrian native who moved to the States two decades ago, still loves it so much that her answer was immediate when asked what dish she wanted for her birthday: “Apfel strudel mit schlag!” (also known as apple strudel with a dollop of whipped cream that has a hint of vanilla extract and confectioner’s sugar whipped in.)

So, this Saturday, we’re bringing a bit of Austria back to Ingrid and our other visitors, as we will be cooking up our own strudel filled with tart green apples, golden raisins, currants, chopped walnuts, breadcrumbs, sugar, sour cream and a splash of a distilled spirit, such as schnapps or dark rum.

Despite strudel’s ethereal taste – it’s light and layered, nuanced yet flavorful – it’s not often found in the kitchens of Austrian and German immigrants now living here in New Jersey. It has a time commitment that not many people enjoy, so instead, it’s often purchased from local bakeries.

But we’re thrilled to bring a bit of Central Europe back to New Jersey this Saturday for Ingrid, completely homemade in the Old-World style that she, and so many others, can never forget – even over 20 years and an ocean between.