Home / Blog / Elevate Your Ice Cream with Our Vincotto for Deep, Luxurious Flavor 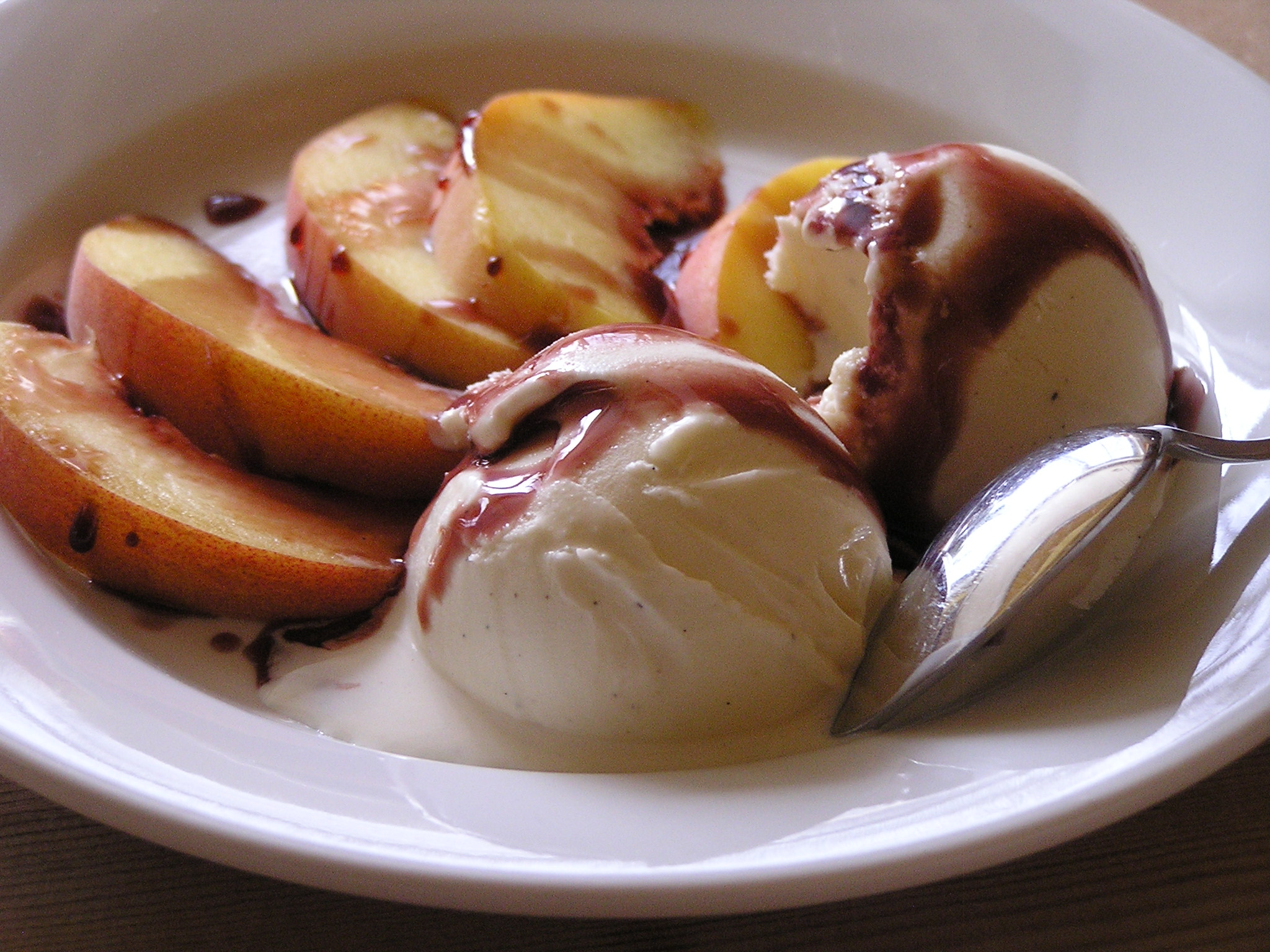 Elevate Your Ice Cream with Our Vincotto for Deep, Luxurious Flavor

After discovering Vincotto (which translates to “cooked wine” in Italian as it is made from a dense reduction of red wine) in Stresa, a small, beautiful city in Northern Italy, the Mount Salem Kitchen team worked hard to recreate the deep, dark and luxurious syrup.

After a few tries, we knew we had made the real deal, and quickly became infatuated with using it with meats and hard cheeses – or just eating it right off the spoon. That was until somebody said, “This would rock on vanilla ice cream.” Luckily for us, we had some hanging out in the freezer, just waiting for that tasty Vincotto topping.

Full of dense, berry flavors and a hint of tannins which offer some backbone to this favorite, we found that the Vincotto was perfect on ice cream – especially vanilla, which offers a bare backdrop – as well as coffee, pistachio and chocolate flavors. As July is National Ice Cream Month, now is the perfect time to give your ice cream a lift with our Vincotto.

How to use Vincotto

Don’t worry, you don’t need too much – a little Vincotto goes a long way, so you can get that intense flavor without too much added sugar or other ingredients. Just drizzle the Vincotto over ice cream, or, if you want that picture-perfect drizzle, hold a tea spoon curve-side up over the plate or bowl, and then drizzle the Vincotto onto the back of the spoon. This forms a narrow stream of Vincotto you direct over the dish.

It also doesn’t stop with ice cream. A versatile dessert topping, you can also drizzle it over freshly sliced fruit such as peaches, strawberries or apricots, or over a hard or semi-soft cheese like asiago or parmesan.

We only hear one word from our customers after trying the Vincotto – “Wow.” However, we do often hear one more thing from those with Italian roots: “I remember this from my grandmother!”

Want to try the Vincotto on ice cream for yourself? Order online here or check it out in our farmhouse kitchen at 54 Mt Salem Rd., Pittstown.